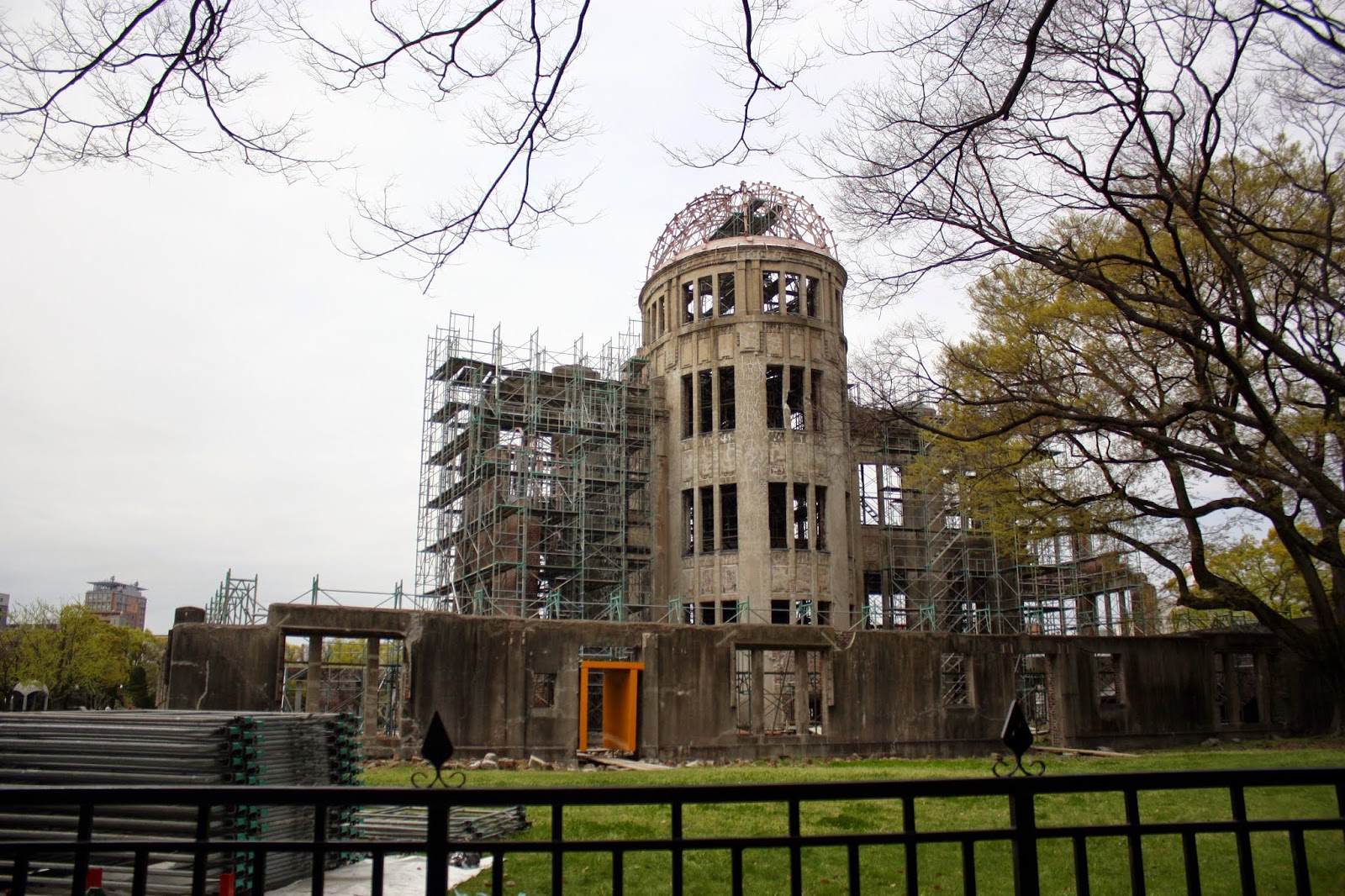 We took a detour to Hiroshima when we left Kobe. We only had a couple of hours there, but we both wanted to visit ground zero and the peace park and it was well worth a visit. The atomic bomb dome building was covered in scaffolding but understandably a lot of work goes into preserving its state (they are now looking into retrofitting seismic protection) and it is an eerie sight nonetheless.

There is certainly a "grim reminder" and memorial aspect to the place but the surrounding park is a lovely place to reflect and it is also a place of hope with several monuments to peace.

After that we stocked up on cabbages, carrots and bananas and got the train and ferry to Okunoshima.

Okunoshima is better known as Bunny Island, and is inhabited by approximately 700 rabbits and very little else. There are no natural predators (land based at least, we saw a few birds of prey overhead and I'm sure they have a pretty easy life) so the bunnies have little to fear and are happy to hop up and say hello, although their interest fades quite quickly if they find out you don't have food. 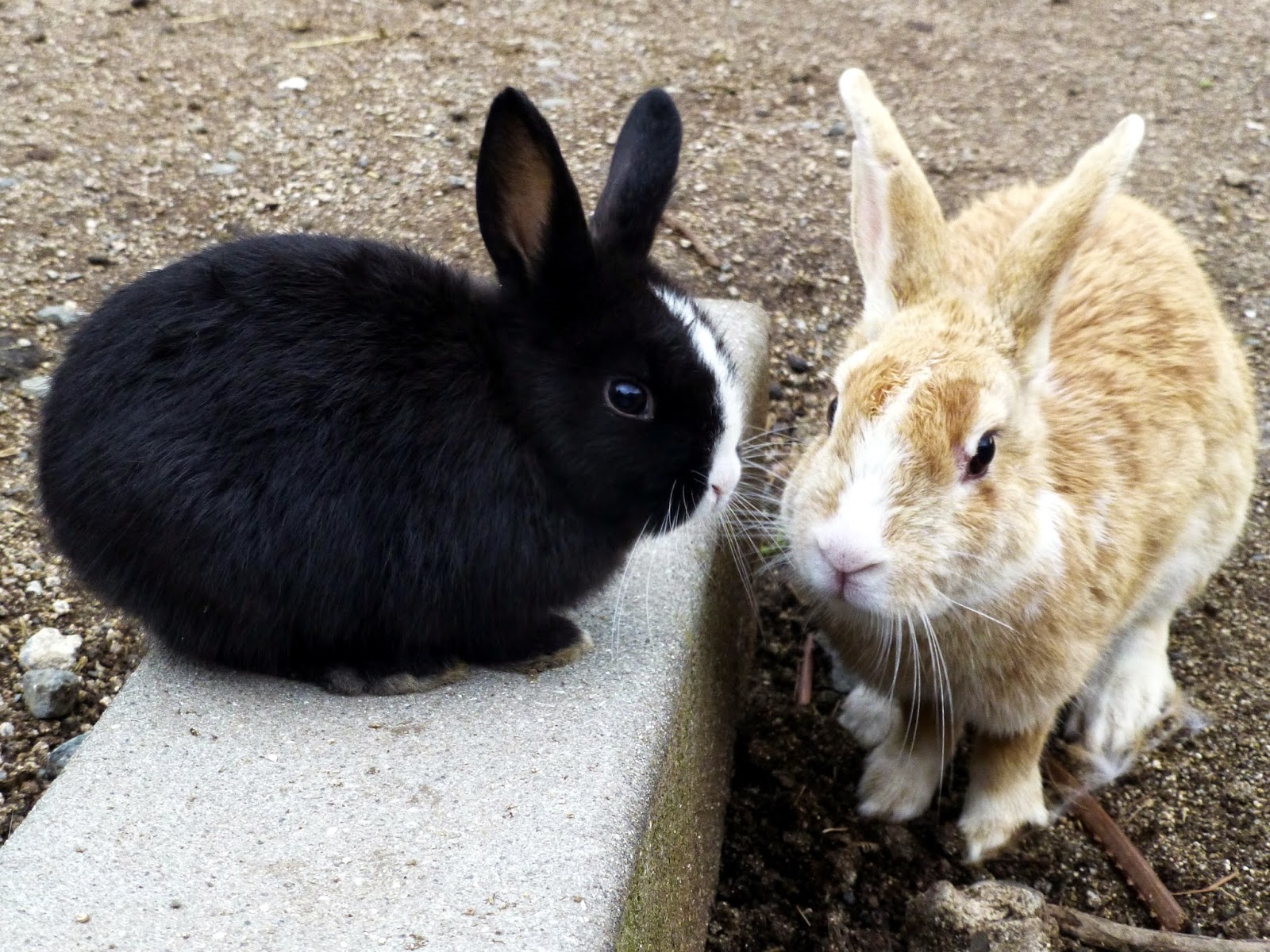 We had a couple of nights booked in the hotel there, buffet dinner and breakfast included - which was quite nice sometimes (especially the night they had a chocolate fountain), although neither of us are really keen on Japanese breakfast - there's a lot of strong flavours - pickles, fish, natto - which are quite hard to stomach so early on. We had a Japanese style room with a nice view out towards the sea - and we could see hundreds of bunnies hopping around outside.

Unfortunately it rained all day on our only full day on the island, and Dgym wasn't feeling well so we didn't get to make the most of it - we watched damp little bunnies running from the shelter of one tree to another, but I managed a slightly soggy walk around the island (only an hour) to see the rather creepy ruins of old forts and the WWII poison gas factory, all of which are now inhabited by rabbits.

Next morning Dgym was feeling a little better and the rain had stopped - we were up early and went out for an epic feeding session with all the tasty green stuff we'd picked up in 7/11 on the mainland, plus a few bananas. (for some silly reason they don't sell this on the island- you can buy bunny food pellets at the Tadanoumi port but they prefer fresh veg).

Okunoshima, like many things we have seen in Japan, really is as awesome as it sounds and is an incredibly unique place. The bunnies are friendly, incredibly cute and if you sprinkle your lap with shredded cabbage, you'll soon have a lovely warm bunny blanket to keep you warm. 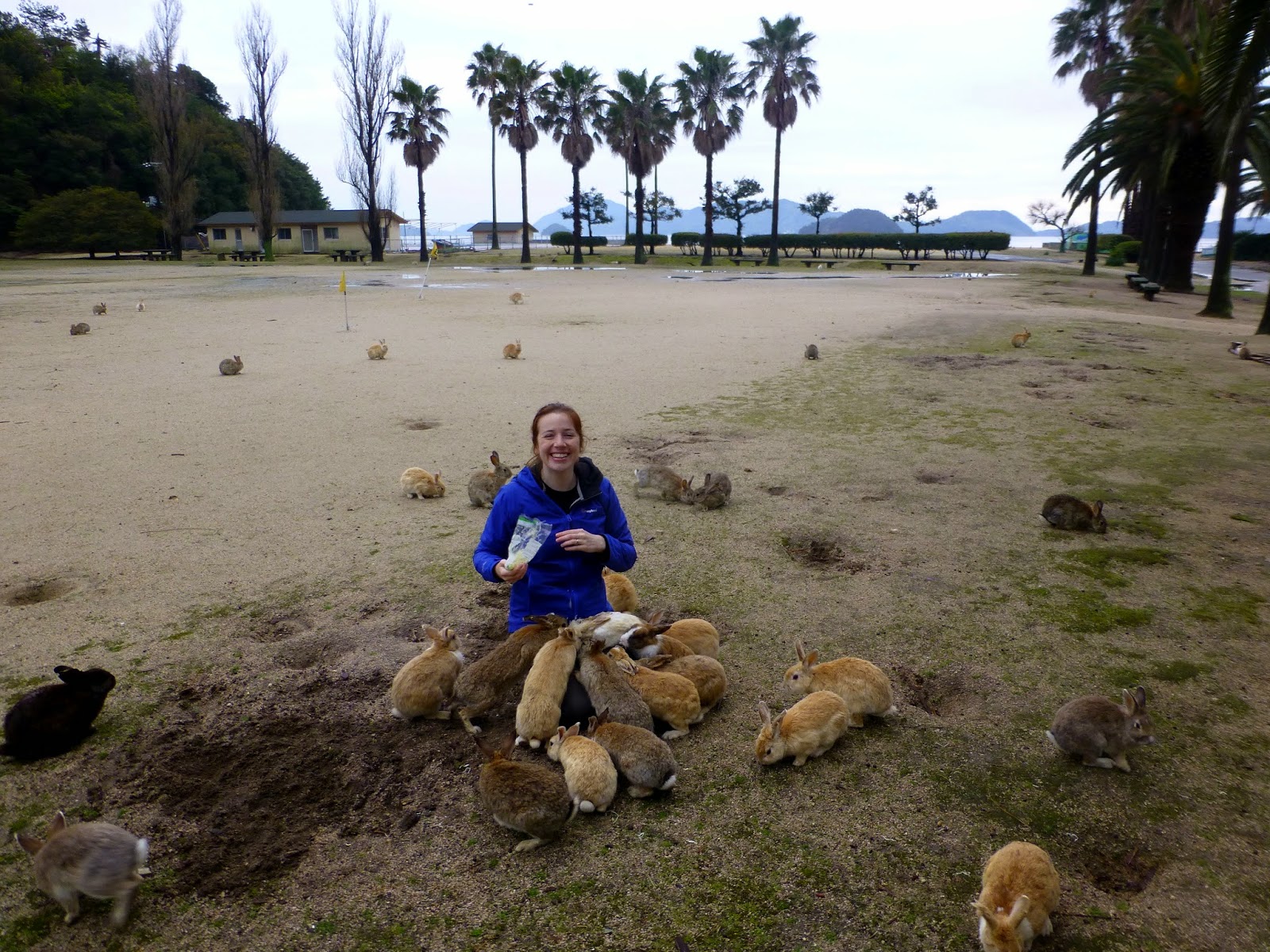 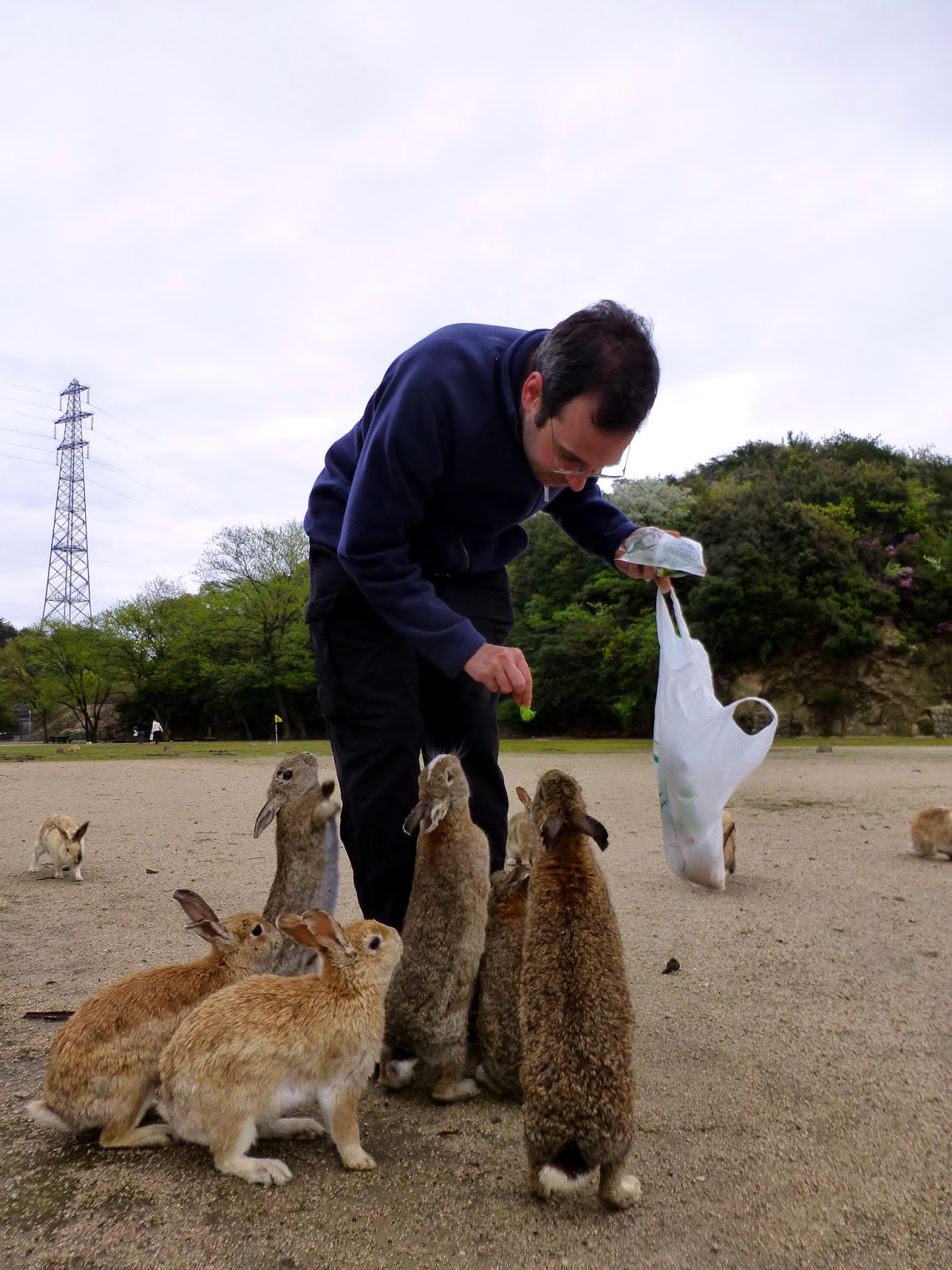