After the excitement of Tokyo we moved on to Nikko for the weekend, a small mountain town which is home to several shrines, temples and waterfalls.

We stayed in a semi-Japanese style room which consisted of a tatami mat area with two legless chairs and a low table, but we got normal beds.

We'd not got on too well with the bus that was supposed to drop us near the hotel - it went right through our stop and circled back to the station so we jumped off at the next opportunity and had to walk about a mile in our backpacks - so we were sweaty and tired and ready to take advantage of the hotel's private onsen (hot spring bath).

Onsen are usually public and male/female segregated but we could use this one together privately and it was a good way to get used to the correct bathing and shoe / clothing removal routines before publicly embarrassing ourselves. Dgym found it a bit too hot for his tastes (he likes a nice luke warm bath) but I've since taken a couple of public onsen and while it's a bit of a nerve racking experience at first, I managed to correctly identify the ladies' bath, to my great relief nobody else was wearing any clothes either and it was overall quite a lovely experience.

On our first (and only) full day in Nikko we took the bus, more successfully this time, to visit a nearby lake and waterfall. Both were spectacular although it was really quite cold, and the cherry blossoms, or lack thereof, seemed to agree. Nikko itself was quite cold but getting a little further up into the mountains really gave it an edge.

We were able to take a lift down to near the bottom of the waterfall where there were viewing platforms and we discovered a cool optical illusion - stare intently at the moving water for 15-20 seconds, then shift your eyes to the adjacent rock, and it looks like the rock is moving upwards.

We headed back down the hill for the relative warmth of Nikko and more onsen.

Next morning we were leaving but first I took a short walk along the river by the hotel - the bank was lined with dozens of statues, each wearing a red crochet hat and a cotton bib. Some still had heads, some slightly less so.

It's said that the statues are never seen in the same order twice. I'm pretty sure the vast wealth of photography on the internet can be used to check this but it's a nice little legend - and perhaps it really is somebody's job to sneak out overnight and rearrange them. It was also a really beautiful walk along the river and Nikko truly is in a stunning location.

While in Nikko we also managed to sample various forms of Yuba, a local delicacy which is the skin that forms when you make tofu and, while I wouldn't actively seek it out, it is nicer than it sounds. 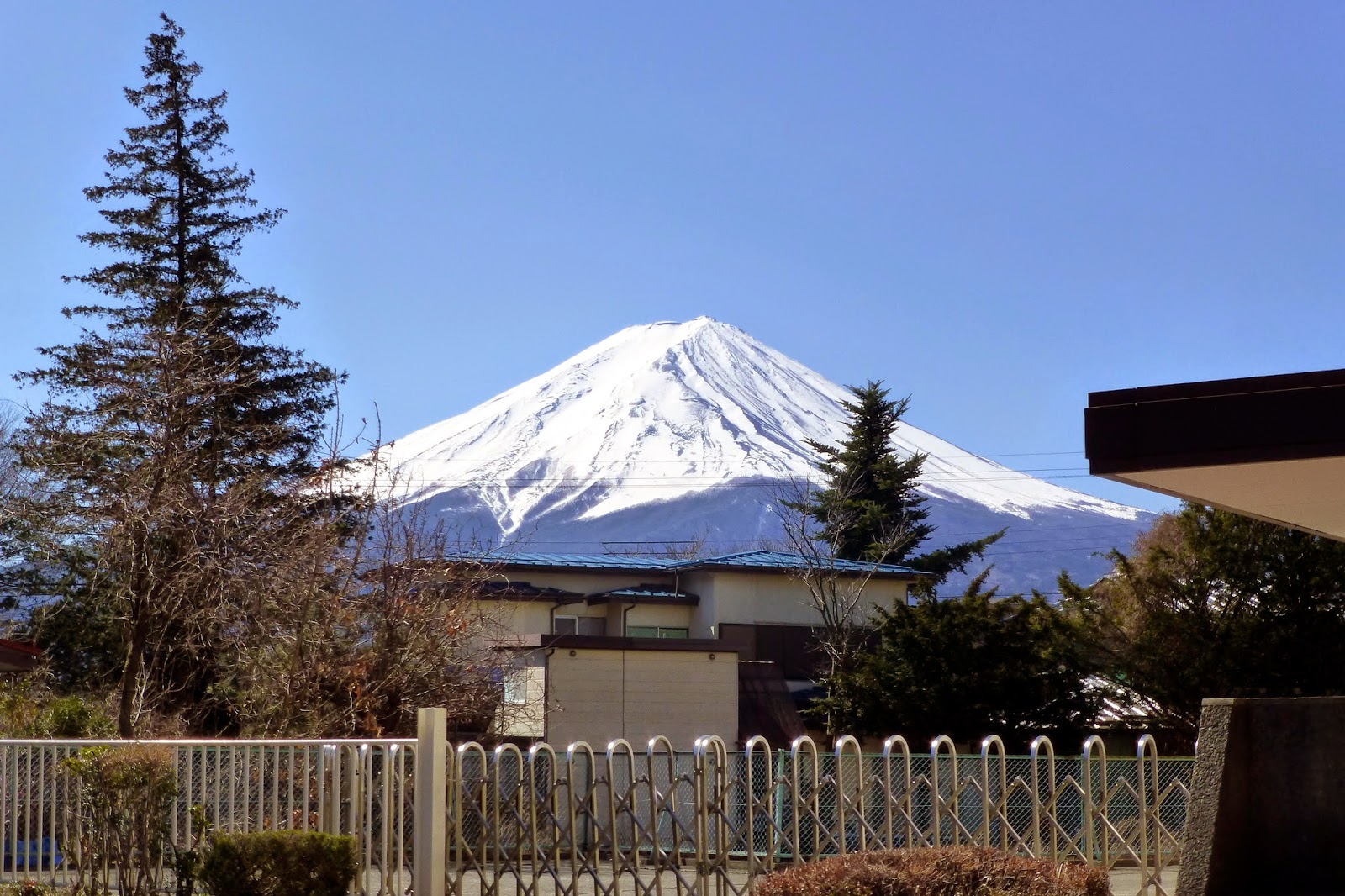 Our next stop was Kawaguchiko, a small tourist town at the foot of Mount Fuji which, strangely enough, turned out to be even colder than Nikko and also quite sparse in terms of restaurants which were actually open so we spent a nice couple of evenings shivering our way through town in probably sub-zero conditions wearing every layer of clothing we had, seeking out our dinner (to be fair, it was a particularly cold week in most of Japan).

Fuji itself was hiding when we arrived but was visible for the following two days - it really is a beautifully shaped mountain and I can kind of see what the fuss is about.

However, we had another reason for visiting the area - some months back I'd read about the maglev test facility near Tsuru which is home to an exhibition centre and viewing rooms which allow you to observe test runs of the 500km/h magnetically levitated trains (known in Japan as linear motor trains).

As formerly obsessive Transport Tycoon players, we are both a little obsessed with maglevs but they are still to become a reality on any kind of scale. There are currently only three public-serving maglev lines in the world and this line will one day join them. 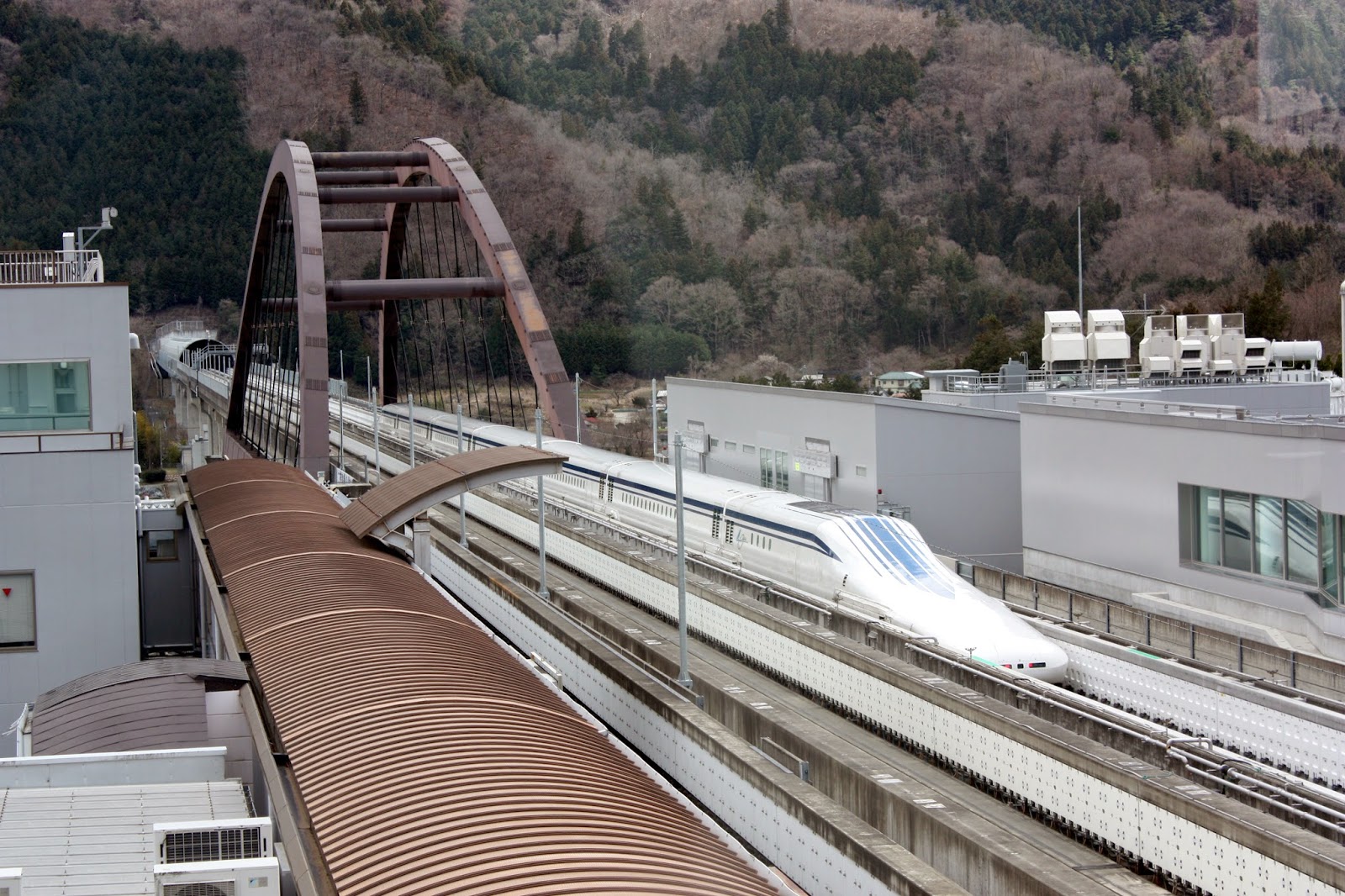 The Japanese are clearly taking this seriously - construction begins this year and the line is scheduled to open from Tokyo - Nagoya in 2027 - the journey will take 40 minutes. It's a 42km test track but very little of it is visible above ground - huge amounts of tunnel have been constructed through the surrounding mountains and this will one day form part of the real line.

The exhibition centre itself is excellent - there are several observation rooms with displays showing where the test train currently is and how fast it's going. There's a tiny little toy maglev you can ride in (well, of course we did), a superconducting magnet demo and an incredibly detailed diorama showing the future of the area with maglevs, regular trains, buses and cars whizzing around.

We highly recommend visiting if you are in the area - it's not exactly on the tourist map but nor is it that hard to get to and indeed is day trippable from Tokyo - via the existing Chuo line and a change at Otsuki, it's a 20 min walk from Kasei railway station. It was quite a unique experience and I hope we'll come back and ride the maglev when the line opens! 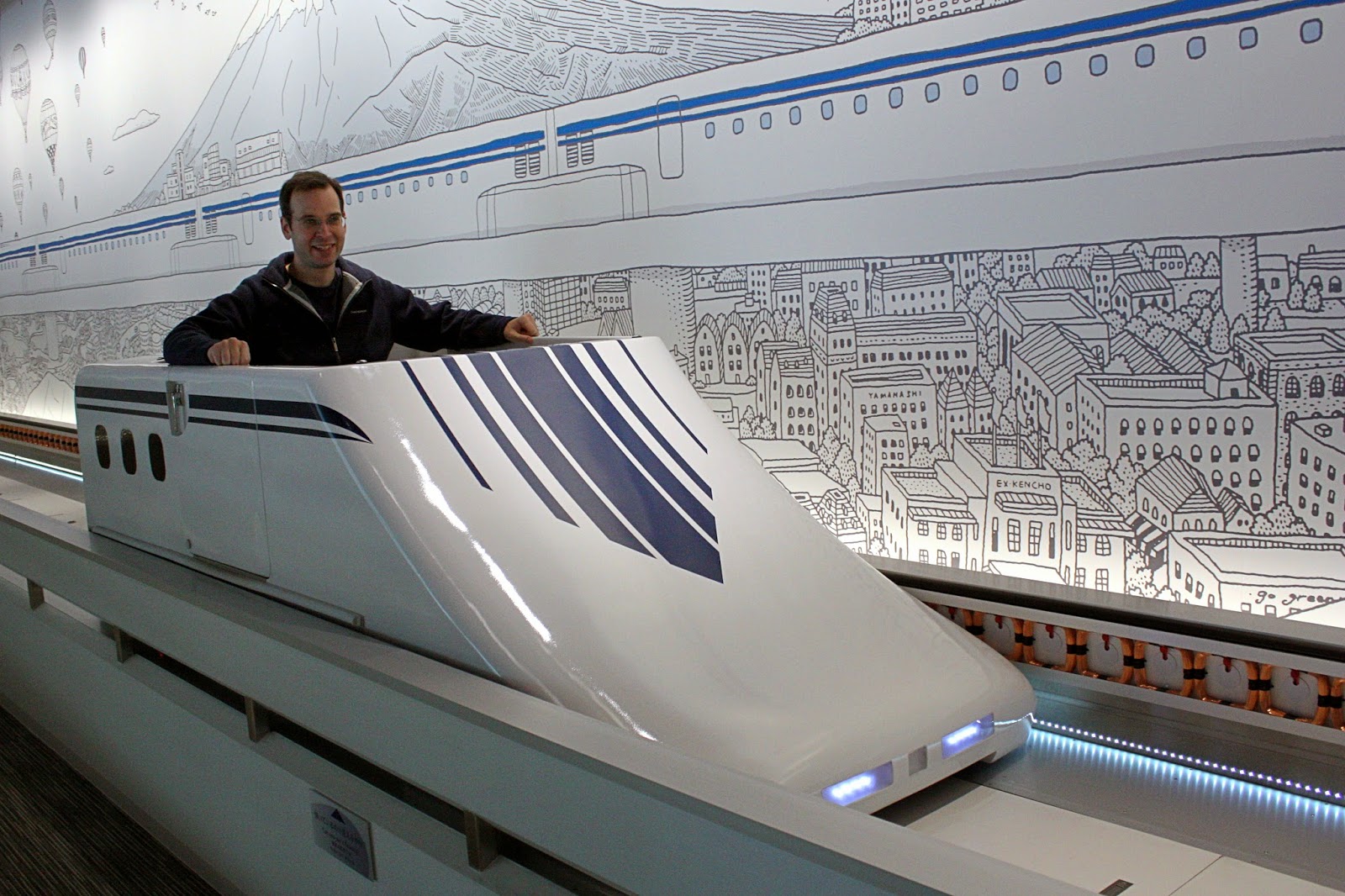 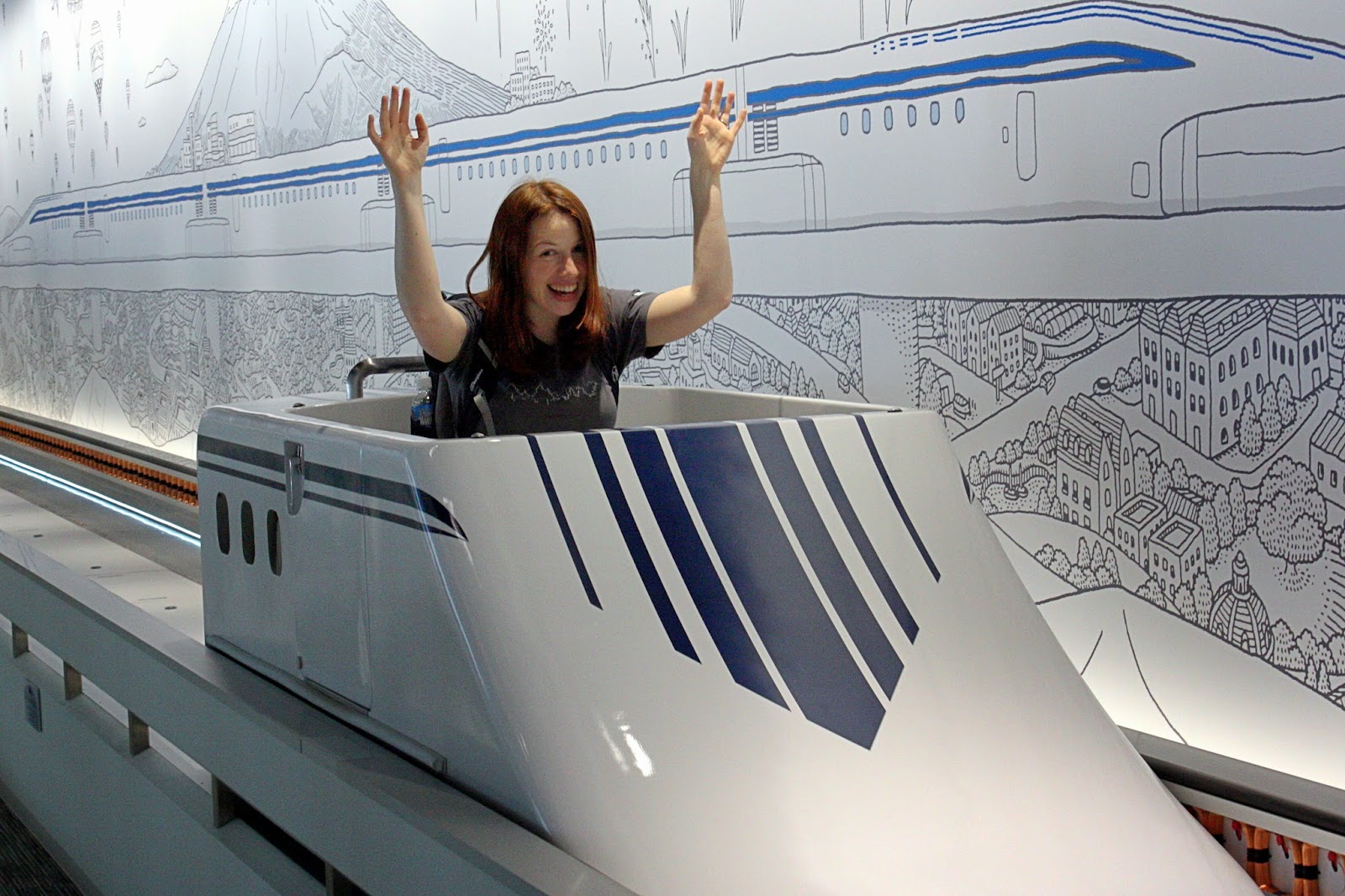