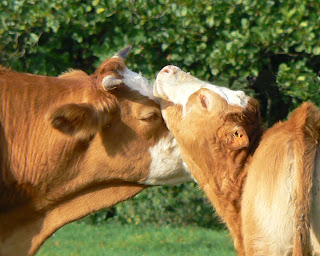 There were no toilets on the campsite so first thing on Wednesday, dgym went into town to use the public toilets, leaving me to cook breakfast and start packing up, whilst fending off a dozen hungry inquisitive chickens. I don't think he was too impressed upon his return to find one bird perched on the seat of his trike, and to learn that another had found its way into the tent while my back was turned (He didn't seem at all consoled that I had skilfully managed to extract the chicken from the tent, which is considerably harder than getting it in there in the first place)

The big climb of the day was coming out of Southleigh, or so we thought. We stopped a short way up the hill to eat some lunch, as we'd taken our time in leaving and had both got hungry again. We fuelled ourselves for the climb ahead with bread, cheese and olives. The hill was tough, we had to stop to recover ever few metres, but at least it was a nice quiet shady road.

At the top, we passed Blackbury Castle. We're rather fond of castles, both intact and ruined but this one was a bit mislabelled on the map - on the site it was marked a little more accurately as Blackbury Camp, an Iron-age hill fort. No stones!

There was a long descent through Harcombe, unfortunately a little steep to go "Whee!" down properly. My fingers were aching from clinging to the brakes so tightly all the way down (but at least dgym wasn't frying eggs on his hub brakes as in Portugal).

We'd had a nice holiday in Sidmouth a few years ago so decided to head down there again. Unfortunately we arrived just too late for the tourist office and with not a camping ground in sight. I tried calling a few B&Bs but all were were full. Our legs were tired and we didn't really want to go any further, but it was getting a little late so we picked up some dinner items from Tesco, and headed west out of Sidmouth.

Cycling west out of Sidmouth is not for the faint of heart. The road was marked 20% as we came out of town, and lived up to its promise. I ended up getting off and pushing, which is really not much easier but at least gives the cycling muscles a better chance at recovery. Dgym had no such luxury so kept stopping every few metres to recover. It was a long hill, and probably would make quite a nice descent into the town - we looked behind us to some lovely views over the cliffs.

There was a similarly long descent to Otterton, and then another (slightly shorter) climb to Ladram Bay, home to Ladram Bay Holiday Park, our destination for the night.

Reception was closed so the owner of the site cafe told us to pitch up and sort it out tomorrow. We put the tent up and hurriedly cooked dinner, just in time for darkness.
Posted by Hel at 2:11 pm